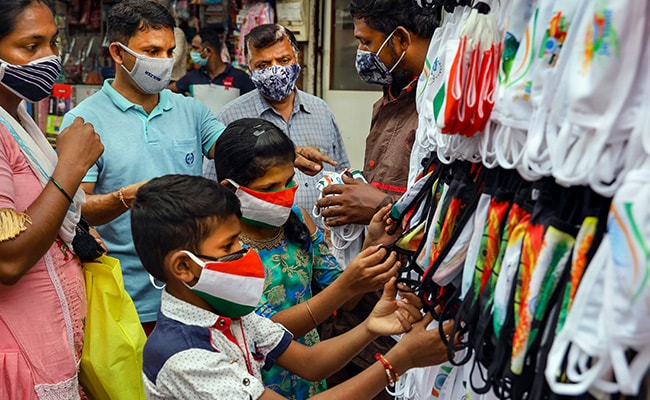 The study strongly recommends not to use a surgical mask during normal conversations. (Representational)

A five-layered mask has been observed to be the most effective preservative measure with minimum leakage of the droplet, says a study by IIT Bhubaneswar which highlights that mask and adequate ventilation is the key to curb COVID-19 spread in indoor environments.

A press release by IIT Bhubaneswar said it explored aerosol droplets’ reach and leakage from various protective measures like face masks and shields during “breathing”.

The study has been conducted by Dr Venugopal Arumuru, Assistant Professor, School of Mechanical Science (SMS), and his team at IIT Bhubaneswar.

The breathing patterns simulated in the study imitated typical breathing frequencies that include breathing while standing at rest and also slightly longer breaths of healthy adults involved in a moderate activity like walking.

“The study highlights that the smaller droplets (diameter < 10um), expelled during breathing, can travel up to 4 ft in 5 sec. It strongly recommends not to use a surgical mask during normal conversations,” the release said.

It said that surgical mask and face shield combinations are discouraged in hospitals and other places where strict social distancing guidelines are difficult to follow.

“A five-layered mask is observed to be the most effective preservative measure with minimum leakage of the droplets,” it added.

The release said the peer-reviewed article has been selected as a “Featured Article” in the American Institute of Physics (AIP) Advances Journal.

“Breathing as a source of virus transmission is not adequately explored in the past. Our recent study is a step ahead in this direction. The study highlights that the commonly used protective measures like face masks and shields are unable to prevent the escape of droplets generated during breathing,” he said.

The leaked aerosol particle may contain the virus, which may trigger the airborne transmission of COVID-19 and other similar diseases,” he said.

“Under these circumstances, the conventional CO2 level measurement in confined space for assessing Air Quality Index may not be sufficient to regulate the airflow. New guidelines need to be formulated for deciding air circulation rate in confined space considering the leakage of the aerosol particle from protectives measures,” he added.