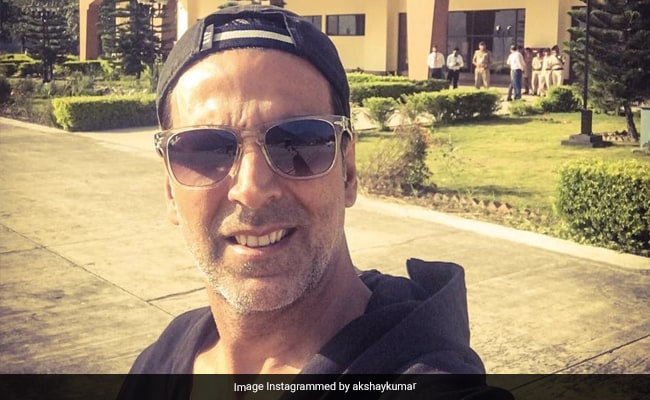 It’s been a particularly blue Monday for Bollywood – two actors announced that they have tested positive for COVID-19 while Akshay Kumar has been hospitalised with the virus. On Sunday, fresh COVID-19 infections crossed a lakh for the first time, the highest daily spike in new cases so far. Mumbai recorded over 11,000 new infections – Maharashtra has been the worst-hit state and the Uddhav Thackeray-led government has announced a weekend lockdown in addition to a night curfew and other restrictions. On Monday morning, Akshay Kumar announced on social media that he has been hospitalised as a “precautionary measure.” Read his post here.

Akshay, 53, shared a statement on Sunday revealing that he had caught the virus. “I wish to inform everyone that, earlier this morning, I have tested positive for COVID-19. Following all the protocols, I have immediately isolated myself,” he wrote. Akshay Kumar recently began filming his new project Ram Setu.

Some 45 crew members working on Ram Setu have also tested positive for COVID-19, reports news agency PTI. A 100-strong crew was meant to work on the film in Madh Island; 40 junior artistes and five people from Akshay Kumar’s team were infected, the mandatory COVID test showed. B N Tiwari, President, Federation of Western India Cine Employees, told PTI: “They all have been quarantined after testing positive. Out of those, 40 were junior artistes while the rest were Akshay”s make up team, their assistants. Now the shooting has been halted indefinitely.”

On Monday, Bhumi Pednekar and Vicky Kaushal, co-stars of new film Mr Lele, also announced that they had tested positive for COVID-19. Both said they were infected despite taking precautions. “Steam, Vitamin C, Food and a happy mood are my go to,” Bhumi wrote in her post. Read here:

On a happier note, actor Kartik Aaryan revealed on Monday that he had recovered from the coronavirus – Kartik tested positive in March and he’s thrilled that his 14-day “vanvas” has now ended. See his post:

27 die of Covid-19 in Andhra Pradesh; highest toll in a day since Oct 20 | Amaravati News – Times of India