Assam: ‘Jabs for 50 plus people in third phase most challenging’ | Guwahati News – Times of India

marathi24news.onlineFebruary 22, 2021No comment
0Share
GUWAHATI: The third phase of Covid vaccination is going to be the most challenging, with over 90 lakh people, aged 50 years and above, estimated to be inoculated in Assam.
The drive is likely to start from March 1, said principal secretary of the state health department, Samir K Sinha, on Monday. Even octogenarians will have to come to the healthcare centres for vaccination. Sinha said house-to-house vaccination will not be possible because of the elaborate system and manpower to be engaged in dealing with possible adverse impact in some cases.
“The number of citizens above 50 is a substantial number. That’s why the entire exercise for healthcare and frontline workers needs to be completed in a defined time frame. We need to concentrate on other target groups as well from early March,” Sinha said.
The final date of completion of inoculation of health workers is February 28. He said people with co-morbidities and below 50 years will come in the fourth phase.
There are about 1.9 lakh healthcare workers and 1.8 lakh estimated frontline workers but this figure is much less than the 50 plus age group population, scattered even in the most difficult terrains. “Health and frontline workers can be easily registered for vaccination. They can be tracked in hospitals, Anganwadi centres and police stations. But the drive for the normal citizens is not going to be easy,” he said.
In Assam, over 1.55 lakh healthcare and frontline workers have already been inoculated. Of these, 1.40 lakh are healthcare workers and about 16,000 are frontline workers, including police and armed forces personnel. Vaccination for the frontline workers started on February 17. “It’s voluntary immunisation, not compulsory,” he said.
He informed that latest reports stated that 85 minor AEFI (66 in Covishield and 19 in Covaxin) have been reported in the state till date, which is only about 0.05% of the total Covid vaccination that has taken place. “Not even a single case of severe or serious AEFI was reported in Assam. There should not be any hesitancy in taking the vaccine,” Sinha confirmed.
In Guwahati, awareness among health workers ensured there was cent per cent registration for inoculation at GMCH. But turnout was low initially in small towns and district hospitals. Vaccination in Assam started on January 16 but initial hesitancy and glitches on the Co-WIN portal led to a poor turnout. After the drive started on Day 1 (January 16) and 54% of the targeted beneficiaries got the jab, the turnout reached 63.48% by Monday afternoon. 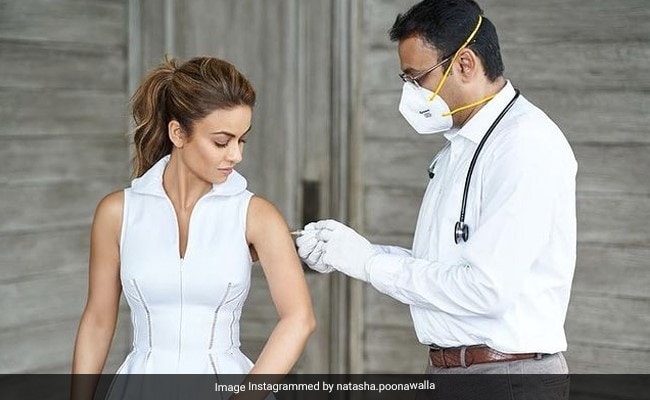 China Extends Innovation Lead Over US

Next Round Of India-China Talks Over Ladakh’s Depsang, Hot Springs, Gogra Today: Report

After Puducherry Government Falls, What Opposition Says On Taking Power