Delhi To Make -ve Covid Report Must For Arrivals From 5 States: Sources 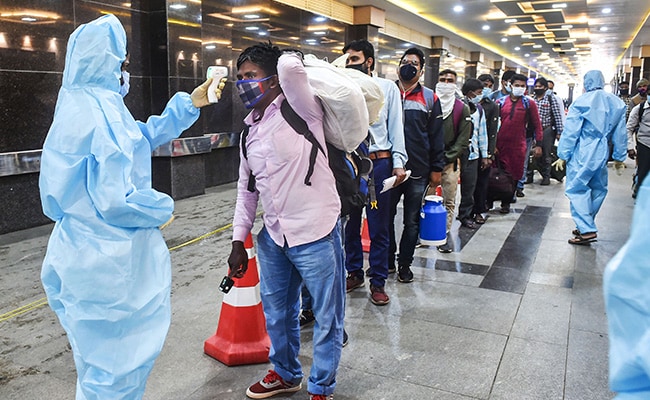 The new rule will be in place from Friday midnight to March 15, 12 noon, sources said

With a spurt in coronavirus cases in five states, Delhi will make it essential for those arriving from those states to carry a negative Covid test report from Friday, sources say.

People travelling to Delhi from Maharashtra, Kerala, Chhattisgarh, Madhya Pradesh and Punjab by flights, trains or buses will have to show a negative RT-PCR test from Saturday to March 15. Those entering Delhi by road have been exempted.

Sources say the Delhi government took the decision because in the past week, 86 per cent of the new virus cases have emerged from these states.

Officers in these states will be asked to verify Covid negative reports from tests taken up to 72 hours before the flight before allowing passengers to leave for Delhi.

The new rule will be in place from Friday midnight to March 15, 12 noon, sources said.

Maharashtra and Kerala alone account for 75% of the country’s current active cases after a sudden rise in new infections in recent days.

States like Karnataka, Tamil Nadu and Uttarakhand have announced similar restrictions on people travelling from these states.

In Maharashtra, cases have been on the rise in Mumbai’s suburbs and Nagpur, Amravati, Nashik, Akola and Yavatmal.

Maharashtra has announced a state-wide ban on social, political and religious gatherings, besides imposing fresh local lockdowns or curbs in districts like Pune and Amravati.

Punjab has also seen a rise in the weekly positivity rate and the number of cases.

The surge in the five states has sparked fears of a second wave, with the Centre directing them to stress on strict surveillance, containment and RT-PCR-testing.

The Union Health Ministry has also written to all states and Union Territories on the need to significantly enhance the pace of vaccination.