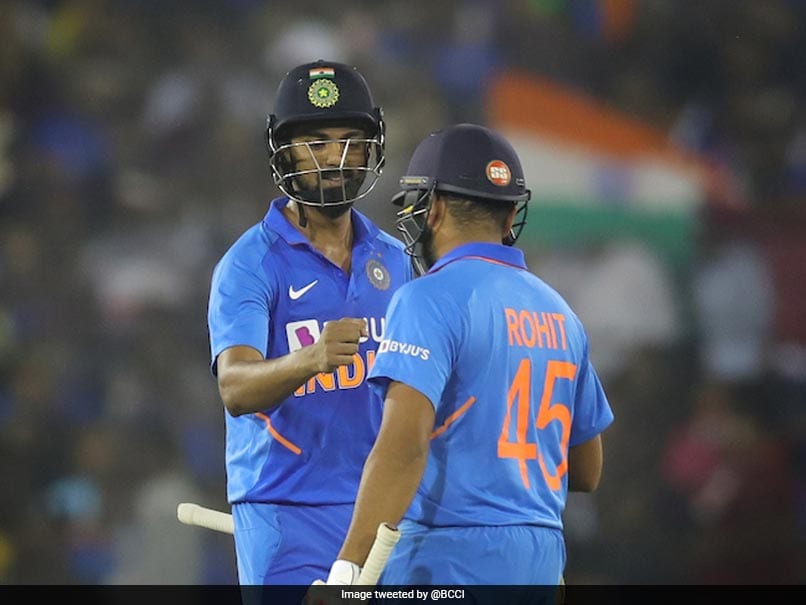 Virat Kohli on Thursday said that Rohit Sharma and KL Rahul will start as openers for India in the upcoming five-match T20I series against England. Rohit, Rahul and Shikhar Dhawan are the three openers available in the squad for the series. “KL (Rahul) and Rohit (Sharma) have been consistent performers. Those two will start,” Kohli said at a virtual press conference on the eve of the T20I series in Ahmedabad. All five T20Is of the series will be played at the Narendra Modi Stadium.

Ahead of the series there have been reports that spinner Varun Chakravarthy, also in the squad for the series, had failed fitness tests. Kohli said it is expected of players to match fitness standards set for the team.

“We would expect players to abide by the (standards) required for Team India,” Kohli said.

With an influx of newcomers in the squad, most noticeably Suryakumar Yadav and Ishan Kishan, Kohli feels that the team now has the batting depth for the players to express themselves freely.

“This time you will see guys a bit more free, a bit more expressive. We didn’t have enough depth in the batting before, but I see us being much more positive and free (in this series),” said Kohli.

This T20I series is also being billed as a preparation for the upcoming T20 World Cup, which will also be played in India.

England are ranked No.1 on the T20I rankings and Kohli picked them as the favourites to win the title.

“They are the No. 1 side in the world. England will be favourites to win the T20 World Cup,” Kohli said.

Among the players returning to the squad is also Bhuvneshwar Kumar, who makes a comeback after an injury sustained during IPL 2020. Bhuvneshwar last played for India in December 2019 but Kohli maintained that the senior bowler remains in integral part of India’s plans for T20 World Cup.

“He (Bhuvneshwar) is shaping up really well. He has come back. He is fit,” said Kohli on Bhuvneshwar’s progress after injury layoff.

“He has worked really well to get back to 100 per cent fitness. He is a smart operator with the ball and he continues to bring that experience to the field.

“He has a clear understanding of what he wants to do in the next few months and he wants to contribute to many more Indian victories, especially in the T20 World Cup where will need our experienced T20 bowlers.

“We are very glad to have him back. I hope he will build strongly from here,” Kohli said.

A new visitor in Kerala, all the way from Israel | Kochi News – Times of India