Sensex Drops Over 1,100 Points, Nifty Below 14,750 Dragged By Reliance Industries

The Indian equity benchmarks were facing heavy selling pressure on Monday and were on track to close lower for fifth session in a row on the back of a broad-based selling pressure. The benchmarks opened lower and extended losses dragged by losses in index heavyweights Reliance Industries, HDFC, Tata Consultancy Services, ICICI Bank, ITC and Axis Bank. The Sensex fell as much as 1,165 points and Nifty 50 index touched an intraday low of 14,667.

Amazon appealed to the Supreme Court this month against Future Group’s sale to market leader Reliance Industries, accusing its partner of violating contracts by agreeing to the sale.

Reliance Industries alone wiped out 139 points from the Sensex, data from BSE showed.

On the flipside, metal shares were outperforming in an otherwise weak session after copper prices topped $9,000 for first time in 10 year. Hindalco, JSW Steel and Tata Steel rose between 3-3.5 per cent.

All the 11 sector gauges barring the index of metal shares were trading lower led by the Nifty Media index’s 3 per cent fall. Nifty PSU Bank, Private Bank, IT, Pharma, Realty, Auto and Bank indices dropped between 1.5-3 per cent.

Mid- and small-cap shares were also facing selling pressure as Nifty Midcap 100 and Smallcap 100 indexes dropped over a per cent each.

The overall market breadth was extremely negative as 1,953 shares were declining while 1,031 were advancing on the BSE. 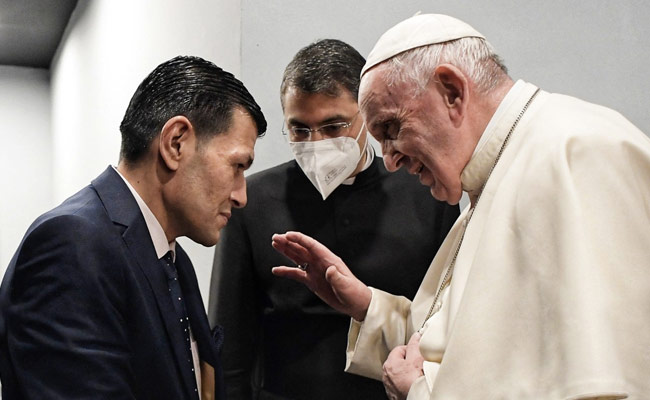 MacKenzie Scott And Husband Are Giving Away Billions

India’s Ultra-Rich Population To Grow Over 63% In Next Five Years: Report