UP Cops Announce Reward On Former MP In Murder Case 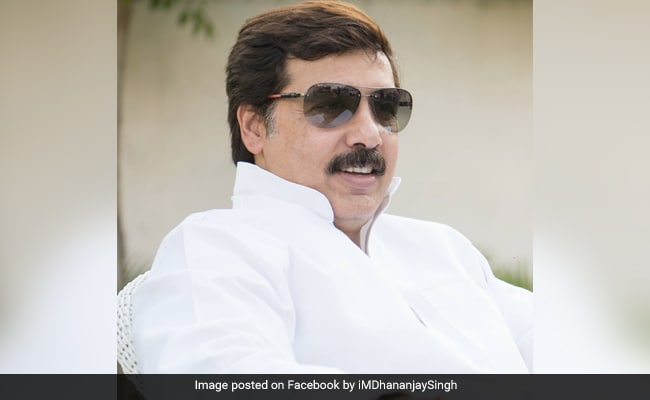 A cash reward of Rs 25,000 has been announced on former BSP MP Dhananjay Singh.

The Lucknow Police on Thursday announced a cash reward of Rs 25,000 on former BSP MP Dhananjay Singh, who is accused of conspiracy in the murder of a former block official in Mau district.

Police teams have been on the lookout for the former legislator but to no avail till now. The police are also investigating into the details of properties of Dhananjay, police official Sanjeev Suman said.

The police have raided four locations of the ex-MP, who is wanted in the murder case of ex-block pramukh Ajit Singh, but he could not be found, Suman said.

The official added that the police have announced a cash reward of Rs 25,000 with efforts underway to gather information about the illegal assets of Dhananjay Singh.

The Income Tax department and Enforcement Directorate (ED) have also been written for their confiscation, Mr Suman said, adding that the accused is said to have illegally acquired assets worth crores of rupees.

A letter has also been sent to the government to increase the amount of cash reward on the accused, the police officer said.

On the night of January 6, shooters had opened fire on the former chief of Gohna in Mau, Ajit Singh, and his partner Mohar Singh in Lucknow. Ajit was pierced by 25 rounds of bullets in the shootout.

EU Calls on U.S. and Others to Exports Their Vaccines

Mickelson 11 Shots Worse, Still in the Mix at Quail Hollow

Watch: Over 350 Baby Turtles Released Into The Sea By Andhra Government